The magical story of “the boy who lived” by J.K. Rowling is a timeless classic that captured millions of hearts. The women he met in the course of his life were just as enthralling. These women twisted and turned the entire Harry Potter narrative just as much as Harry himself regardless of the fact they the book is named after Harry.

The power females proved that there are warriors who take life-threatening risks daily. They showed incredible strength, brevity, and determination. They have become a source of inspiration to young girls and women all over the world, helping them dig out these qualities from within themselves to stand up for good and justice. If The Harry Potter series still gets you nostalgic, look at the power females who forsook their childhood to give life to the characters for millions of fans.

One of the enchanting characters the Goblet of Fire brought with the Triwizard Tournament was the “tres belle” Fleur Delacour, the representative from the Beauxbatons Academy of Magic. This beauty captured many hearts, especially Ron Weasley’s. Seeing as she ended up marrying his brother, Bill instead, things were a little awkward and his family found it challenging to accept her till she proved her mettle and earned their love.

Landing a role in the Harry Potter movie gave Clemence a plethora of opportunities as an actress and she got down to producing movies she had wanted since she was a child. She was supporting actress in highly rated movies like 127 Hours and In Bruges. She later went on to become the lead actress in a TV series called the Tunnel.

Luna Lovegood was one of Hogwart’s interesting and strange students. However, she was very knowledgeable, kind and very sincere. Regardless of the taunts and teasing she suffered from other students, she remained her eccentric self. Because of this, she became a strong young woman who stood her ground and never betrayed her friends. 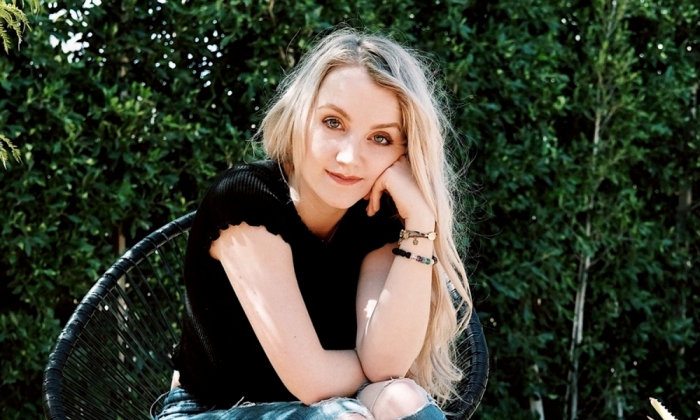 Although, Lynch has held on to her acting career, the character of Luna Lovegood remains the most outstanding she has played. She has taken up roles in other movies like the indie dram titled My Name Is Emily. Lynch stays busy in helping promote health habits of maintaining good body image and self-esteem.

Padma Patil was one of the students in Harry’s year at Hogwarts alongside her twin, Parvati. However, they were sorted into different houses. Padma was a Ravenclaw but it didn’t deter her from getting close to Harry. She went to the Yule ball with Harry and her other friends. She was also a part of Dumbledore’s army and joined her friends to fight at the Battle of Hogwarts.

While on the Harry Potter set, Afshan Azad forged wonderful friendships. However, it wasn’t enough inspiration to make her take a plunge into full-time acting. In 2010, she was traumatized by her father and brother when they attacked her for dating a man who didn’t belong to their religion. Her family may not be on her side but Azad has the support and loyalty of her friends and thousands of fans all around the world.

Dame Maggie Smith was cast by JK Rowling to play the character of one of Hogwarts’ most powerful females and the decision turned out to be the best. Minerva McGonagall was a great teacher with little sense of humor. She was extremely kind and considerate but tough. Her softer traits were only manifest in tough circumstances but she was the favorite teacher at Hogwarts because of them.

Before being cast in the Harry Potter set, Dame Smith already had to Oscar awards to her name and was a renowned actress in the movie world in Britain. Harry Potter ushered her in to a new generation. While playing the role in the magical story, Smith got a breast cancer diagnosis and recovered before the series ended. Afterwards, she went on to become the shining star in the hit series; Downtown Abbey as the gruff Violet Crawley. This garnered her several awards for her outstanding performance.

Emma Thompson decided to play the character of Sybill Trelawney, the fortune teller for the sake of her four-year-old daughter. The latter didn’t easily recognize her mother because of the thick glasses and hippie clothes she had on. However, Emma’s time was shortened because Dolores Umbridge fired Trelawney after she concluded that the fortune teller didn’t just fit in. Trelawney’s loyalty to the school didn’t wane and she still helped defend it when the Battle of Hogwarts happened.

Having toed a similar path with Maggie Smith, Emma Thompson known for her starring role in Love Actually already bagged two Oscars before she was cast in the Harry Potter series. Continuing in the path of success afterwards was no challenge for her especially having being cast as Mary Poppins. Emma isn’t just passionate about acting. She’s also a brilliant writer, having worked on two Peter Rabbit books.

Katie Leung had a life-changing experience during a casual shopping trip when she quickly stopped to audition for a role in the Harry Potter series. The young actress who hails from Scotland was cast as a gentle Ravenclaw student named Cho Chang, a sensitive student who was traumatized quite early in life when Cedric Diggory, her boyfriend, died. Cho and Harry had a very short-lived relationship afterwards.

Leung delayed her studies in art school to remain on the Harry Potter set. But at the end of the series, she had no commitment holding her back from chasing her dreams. Leung was skeptical about staying in the movie industry as an actress but decided to try her hand at it. She played roles in the Foreigner and T2 Trainspotting then went on to the screens of the series, The Strangers.

Prev postNext
Man Tosses Gigantic Bath Ball Into A Pool, and This Happens
5 Misleading Myths About Different Foods: Even Your Doctor May Have Believed Them
Diver Discovers Old Airplanes Beneath The Pacific and Uncovers The Mystery Behind Them
Engineers Drain Niagara Falls, Make Jaw-dropping Discovery in 1969.
© Copyright 2021 My Story Daily